Editor’s Note: This year, our Half Price Books calendar once again features lists of books, movies and music. We’re heading into a new decade with a new focus…the past. Each month, we’ll share a list of events, inventions and, of course, books, movies and music, from every decade since the 1900s right here on the blog. Enjoy!

Corn Flakes® became a breakfast staple on tables across the nation and up in the sky, it was a bird, a plane! No, really. It was a plane. Check out the interesting events that made our list beside the Wright Brothers’ first powered flight and see which books, music and movies were all the rage during the 1900s. 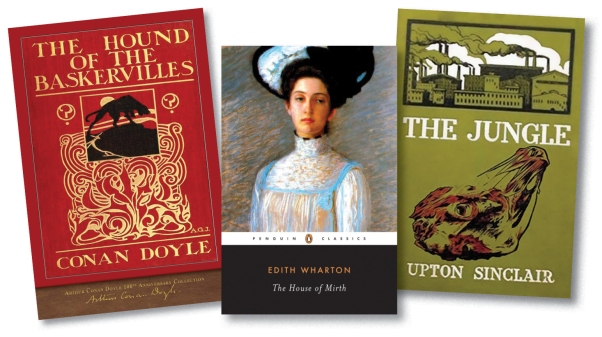 END_OF_DOCUMENT_TOKEN_TO_BE_REPLACED

Editor’s Note: This year our Half Price Books calendar once again features books, movies and music grouped together in weird, unexpected ways. You might even call them Totally Random Lists, which is what we did because, well, we had to put something on the front cover. We like the lists so much, we’ll be sharing them on this blog throughout the year.

Five is a mystical number representing balance and the five senses. We’re not saying a writer’s fifth novel, a director’s fifth feature or a band’s fifth album is automatically great because of this, but judging by our list, we just might be onto something. END_OF_DOCUMENT_TOKEN_TO_BE_REPLACED

Editor’s Note: This year our Half Price Books calendar once again features books, movies and music grouped together in weird, unexpected ways. You might even call them Totally Random Lists, which is what we did because, well, we had to put something on the front cover. We like the lists so much, we’ll be sharing them on this blog throughout the year.

Symbolizing knowledge, immortality and temptation, the apple is no ordinary fruit. More likely to star in media than a second banana, apples are a juicy subject for any author or auteur. Here’s a bushel of titles to keep the doctor away. END_OF_DOCUMENT_TOKEN_TO_BE_REPLACED

Editor’s Note: This year, our Half Price Books calendar once again features books, movies and music grouped together in weird, unexpected ways. You might even call them Totally Random Lists, which is what we did because, well, we had to put something on the front cover. We like the lists so much, we’ll be sharing them on this blog throughout the year.

When an author chooses a one-word title, they’re basically saying, “this one word is all I need to capture my creation’s powerful essence!” Here are some of our favorite books, movies and albums that say it all with a single, memorable syllable—on the cover, anyway. 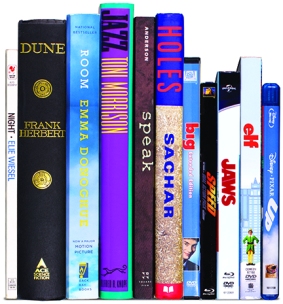 For a longer list of monosyllabic titles, visit HPB.com/syllable.

As Casablanca celebrates its 75th anniversary, there’s so much to acknowledge. Where shall I begin? The film score is among my favorites. Its dreadfully romantic – albeit a messy love triangle plot. It’s film noir cinematography style – the darkness and casting shadows – makes it both dramatic and iconic. And it’s among an enchanting collection of “movies within movies.” Yet, perhaps the best quality of the film is the screenplay.

Casablanca’s iconic moments and lines have become a part of our cultural vocabulary. Even people who have never seen the film might find themselves quoting it beccause its stellar writing has become woven into our contemporary vernacular. Don’t believe me? Take a gander at these 10 lines and watch the unforgettable scenes where they appear in the film.

Here’s looking at you kid.

END_OF_DOCUMENT_TOKEN_TO_BE_REPLACED

Sequels are always a mixed bag – especially sequels to horror movies. Even if a horror movie doesn’t scare you, it should at least surprise you. And how do you get something that surprised you once to surprise you again?

I’ve selected some horror sequels that attempt – and mostly succeed – at being something other than just more of the same. Most of these movies aren’t the equal of the classics they’re based on, but they’re worth watching because they try to surprise you again. So if you’re looking for something new or different to watch this Halloween, I recommend giving these sequels a chance (or second chance).

So without further ado, I welcome you to <insert spooky voice here> the Island of Misfit Horror Sequels…

Why? The people who made it acknowledged how silly this series is and leaned into it. The end result is a charmingly self-aware horror-comedy that’s funny while still letting Jason do what he does to anyone who gets near Camp Crystal Lake. If this isn’t the best Friday movie, it’s right up there. Now let’s move on to something that takes itself more seriously…

END_OF_DOCUMENT_TOKEN_TO_BE_REPLACED

Twenty years ago today (June 20), America’s Sweetheart, Julia Roberts, graced the theaters with what some would say is her finest work: My Best Friend’s Wedding. The Julia-ness of Julianne “Jules” Potter, from her one-in-a-million smile to her sassy, spunky charm and, of course, that hair, made America fall in love with Julia Roberts all over again. A stellar supporting cast that includes Dermot Mulroney, Rupert Everett and Cameron Diaz, plus an incredible soundtrack featuring Burt Bacharach’s greatest hits, make this a can’t-miss romantic comedy classic. By God, there will be dancing!

But My Best Friend’s Wedding is not the only time Julia shined on screen. Let’s take a look at some of her other great roles. And trust me, it was hard to pick only 10!

Mystic Pizza (1988)—Interested in seeing Julia’s first feature film? Then check out this classic coming-of-age story featuring Julia at just 20 years old! Her signature sass is still present, along with a hint of youthful innocence.

END_OF_DOCUMENT_TOKEN_TO_BE_REPLACED

It’s May, and all movie fans know what that means…Summer Movie Blockbusters are on the way! There are so many films to look forward to. Spider-Man: Homecoming, War for the Planet of the Apes, Alien: Covenant and of course Christopher Nolan’s Dunkirk are all on my list to see, but one of the most anticipated is Pirates of the Caribbean: Dead Men Tell No Tales. This will mark the return of Johnny Depp as Captain Jack Sparrow, a role that earned him an Oscar nomination in The Curse of the Black Pearl. This made me think of all the famous captains out there.

Keeping with HPB’s celebration of totally random lists, I have put together my Captain’s Log (Star Trek pun intended). Can you name everyone that made my Best Captains List?

The Captain and Tennille
The Captain, Daryl Dragon, was a hit recording artist in the ‘70s with Cathryn Tennille. You might remember Love Will Keep Us Together.

Captain Morgan
Sir Henry Morgan, a Welsh privateer of the Caribbean, is the mascot for Captain Morgan Rum. Their motto is “To life, love and loot.”

END_OF_DOCUMENT_TOKEN_TO_BE_REPLACED

This Wednesday, April 26, is Administrative Professionals’ Day. Dating all the way back to the 1950s, the last week of April is a time to acknowledge the significant contributions of executive assistants, secretaries and other administrative roles. Anyone who has worked in an office, school or large organization knows that someone has to be the glue that holds all the moving parts together! So here are some of our favorite administrative professionals:

Doralee Rhodes (9 to 5)—In this classic comedy from 1980, Doralee isn’t afraid to stand up to her “sexist, egotistical, lying, hypocritical bigot” boss. Attagirl, Doralee! 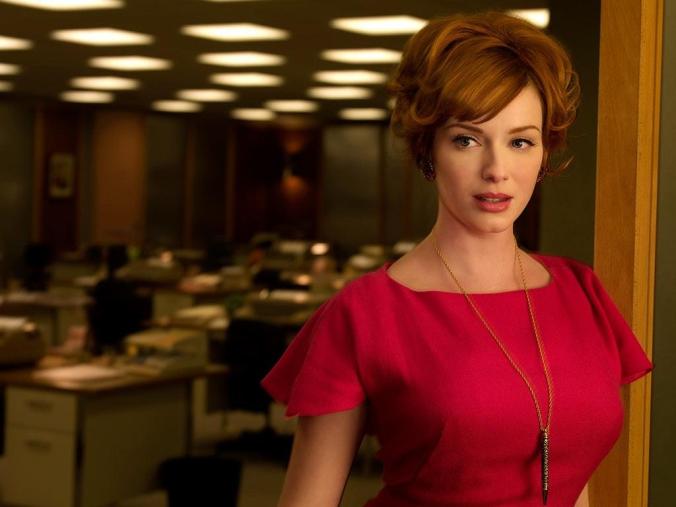 Joan Holloway (Mad Men)—Don’t mess with Joan. She runs a tight ship, managing her team of secretaries while advancing her career in a climate that’s less than conducive to women in power.

Tess McGill (Working Girl)—Tess proves that, sometimes in life, you have to visualize what you want and then take it. She’s never afraid to step up and make the most of an opportunity. END_OF_DOCUMENT_TOKEN_TO_BE_REPLACED

If you ask me what my favorite musical is, my answer will be the 1952 MGM musical comedy Singin’ in the Rain. In 2007 the American Film Institute ranked this movie #5 in AFI’s 100 Greatest American Films of All Time, so I know I’m not alone. I don’t know if it’s Gene Kelly spinning in circles with an umbrella, Donald O’Connor flipping off walls, or Debbie Reynolds doing the hula during the “Good Morning” dance routine, but there is something about Singing in the Rain that captivates us and keeps us singing 65 years after its release. Here are some facts you may not know about one of America’s favorite musicals: