Our Book Club selection for October and November is Cilka’s Journey by Heather Morris. This heart-breaking true story centers on a young woman who endures horrific hardships and unimaginable conditions. Her story of survival is a powerful testament to the triumph of human will. Half Price Books was thrilled to be able to discuss this powerful novel with Heather Morris. Read on to discover her answers to our questions below.

Can you tell us more about Cilka Klein, the inspiration behind Cilka’s Journey? What made you decide to write a story inspired by her? 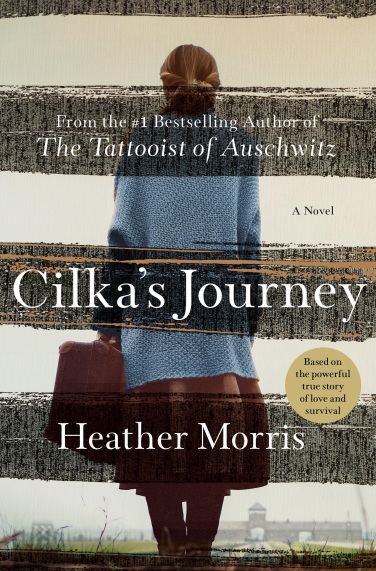 Cilka Klein was a Jewish girl from Bardejov, a small town in what is now Slovakia. She celebrated her 16th birthday in March 1942; a month later she was transported, along with her father and two sisters, to Auschwitz. A few weeks later she was transferred to Birkenau where she caught the eye of two senior SS officers and was singled out to be kept as their sex slave. Placed in a special block, No. 25, she survived until the liberation of Auschwitz by the Soviet Red Army. Her nightmare continued when she was condemned for ‘sleeping with the enemy’ and sent to a Siberian gulag.

It was Lale Sokolov who told me about Cilka – “she was the bravest person I ever met”, he told me, “she was a tiny young girl. And she saved my life”. Among all the wonderful letters, emails and questions I get from readers, it is the question I am asked over and over again – “what happened to Cilka?”.

And after having written about Lale, I wanted to write about women’s experience of Auschwitz, and of war – including the often untold stories of sexual abuse and violence. As for Cilka herself, the more I found out about her, I realized just how extraordinary she must have been, to survive all that she did, and find life and love after her time in two of the most brutal places on Earth.

What kind of research did you do for this book? Did anything in your research surprise you?

It all began with Lale Sokolov. He told me Cilka’s story over a number of years, often circling round to her over and over again in our conversations.  She was clearly someone who meant a great deal to him and to his wife, Gita. Since then, I have visited eastern Slovakia four times and seen the records of Cilka’s birth, her school records, visited her grave, the synagogue she would have worshipped at (now in ruins), the street her family lived on, met and spoken to people who knew her. I have also spent time at Yad Vashem and looked at many archives of Holocaust survivors.

The gulag story is less well-documented: there are no open records of prisoners sent to Vorkuta. But I used a researcher in Moscow who provided me with an enormous amount of information on the system and how it works, and the experiences of women in particular.

I struggled with the level of brutality the women, including Cilka, were subjected to. My biggest surprise was learning how the women strove to create a home. In the huts where they slept, they embroidered doilies to hang around the walls, picked flowers that grew in the arctic conditions and placed them in broken jugs; embroidered collars and cuffs to attach to their prison uniform. As best they could, they tried to create a feminine environment to live in. I wanted to cheer out loud learning this. 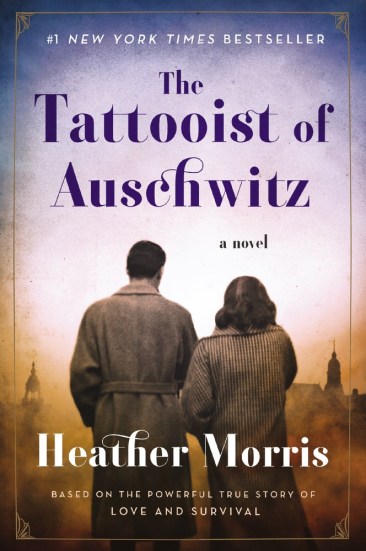 I would love to tell you I am a disciplined writer, dedicating XX hours per day to writing. In the first instance when writing the novels, I have followed advice I read somewhere – research, research, research now throw away the research and write the thing. I did this. When I sat down to write there was not one piece of research paper in front of me. If it wasn’t in my head clearly then it didn’t go on the page. I tend to write at night with my husband and family tucked up in bed, the distractions of living in a forest cloaked in darkness. I immerse myself in writing to the extent that I lose track of time and many hours will pass without my being aware of the heating going off, the first rays of sunlight appearing. To write The Tattooist of Auschwitz I spent 4 weeks by myself at Big Bear Mountain in California, in the middle of winter. A wonderful, somewhat selfish, experience. One I highly recommend if possible. Not necessarily going to Big Bear, but time away, on your own.

Tell us about a challenge you faced in writing this novel.

Controlling the anger I constantly felt reading the testimonies and non-fiction books on life in the Gulags. I was constantly asking myself how I could convey Cilka’s survival under these circumstances and conditions to honor her strength and courage while wanting the reader to turn the page, read on. Many drafts were written and deleted in frustration before my wonderful editors came to my rescue and reassured me I was on track. That I was right to call out the abuse Cilka and all women suffered for what it was – rape.

Who is your favorite character in this book?

Leaving aside Cilka – Yelena. The Georgian female doctor who trained Cilka to be a nurse, looked out for, supported her. When I was told Cilka had visited her twice in the Soviet Union, under Communist rule, following her release, this confirmed for me the strength of the relationship between these two women.

Do you tie in much to your previous novel, The Tattooist of Auschwitz?

What do you hope people take away from reading Cilka’s Journey?

History never gives up its secrets easily. But stories like Cilka’s deserve to be told, and I’m humbled and honored to bring it to you. Days before Cilka’s Journey was due to go to the printers, new facts were uncovered concerning her parents. They didn’t relate to her time in the German or Soviet prisons camps, but they did shed new light on this remarkable woman and where she came from. It was a reminder to me that the story of Cilka’s Journey is far from fully told, even with the book you hold in your hands.

In your previous novel and in Cilka’s Journey, you focus on the resiliency of the human spirit. What makes you want to write about these strong characters?

We use the word ‘hero’ to describe athletes, footballers, deeds of these professional men and women are often described as ‘heroic’. For many years I met men and women, boys and girls who endured trauma and tragedy beyond what I considered human endurance yet endure and survive they did. I have been extremely fortunate to be able to tell the stories I have of ordinary people living in extra-ordinary times, who not only survived but continued to live good lives, to love and be loved in return. I often think of the patients and their families I had the privilege of meeting in my ‘day job’; I know the strength and hope their lives gave me, it drives me to write stories that will resonate in the same way with readers.

What has been the most difficult part of writing this book?

Finding the words to convey to the reader the horror, depravity, and evil Cilka was exposed to both in Auschwitz and Vorkuta without her sounding like a victim the entire time. I know she made conscious decisions to survive in Auschwitz, it isn’t a stretch to determine she would have made similar decisions when the opportunity arose in Vorkuta, to also dictate how she survived.

What has been the most rewarding part of writing this book?

Honouring the love Lale felt for Cilka, the bravest person he ever met. I believe he would be delighted knowing Cilka’s story is told and readers will learn about this amazing young girl who he credits with saving his life, and thereby enabling him to be with the woman he loved for over sixty years.

What can we expect from you next?

One of the most wonderful things about the success of The Tattooist of Auschwitz is how many people contact me with the desire to tell their own story of hope. I’m a fiction writer who loves discovering and retelling untold stories. And in Cilka’s Journey I’ve found writing about the experiences of women in war – so much less well-documented than the experiences of men – so interesting, that I wonder if this is where I’m headed next. But it’s too early to know for sure – I’ll see where this magical journey takes me.

Heather Morris is an international number one bestselling author who is passionate about stories of survival, resilience and hope. In 2003, while working in a large public hospital in Melbourne, Heather was introduced to an elderly gentleman who ‘might just have a story worth telling’. The day she met Lale Sokolov changed both their lives. Their friendship grew and Lale embarked on a journey of self-scrutiny, entrusting the innermost details of his life during the Holocaust to her. Heather originally wrote Lale’s story as a screenplay – which ranked high in international competitions – before reshaping it into her debut novel, The Tattooist of Auschwitz. Her second novel, Cilka’s Journey, is a follow up to The Tattooist of Auschwitz. You can find Heather on Facebook