Editor’s Note: Throughout the year, our buyers curate a selection of new, bestselling books to offer in our stores at 20% off the cover price. Here’s a closer look at some of 2018’s standouts!

Melmoth (Sarah Perry)
Melmoth is a full-on gothic horror novel from the author of The Essex Serpent. The story crosses many different time periods and focuses on people who are in the midst of difficult situations. It is primarily centered on Helen Franklin, an English translator working in Prague, who disregards an obscure local monster legend before a friend’s disappearance reveals that Helen is being watched. This particular book asks the question, “What’s the difference between someone who orders a horrific act be done and the person who turns a blind eye towards it?” It’s a very chilling, and at times horrific, book that stays with you. 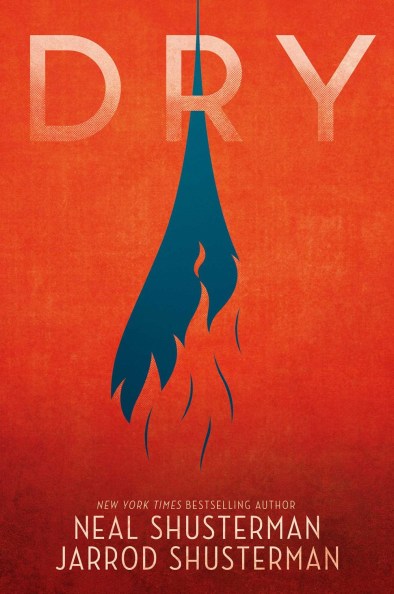 Dry (Neal Shusterman & Jarrod Shusterman)
Dry is a standalone from the bestselling author of Scythe, Neal Shusterman and his son, Jarrod Shusterman. The ecological disaster we’ve been warned about has finally happened: California has completely run out of water and Alyssa and her family were not prepared. Soon, Alyssa and her brother, along with their neighbor Kelton, go to find Alyssa’s missing parents who went in search of water and find themselves fighting for their lives in more ways than one. Thrilling, intense, chilling and adventurous, we loved this book! We highly recommend it for both teens and adults.

Sisters of the Winter Wood (Rena Rossner)
This tale by Rena Rossner was inspired by Jewish mythology. It is set in a woodland village on the border of Moldova and Ukraine and follows the experiences of two sheltered sisters who uncover a magical heritage. Their story is told through alternating points of view. To get more information about the inspiration behind this book, check out the blog Rena Rossner wrote exclusively for Half Price Books- The Goldene Medina – Of Fairy Tales and Dreams. This book is definitely a slow burn and more fairy tale than fantasy. It’s perfect for a cold winter night!

Mermaid and Mrs. Hancock (Imogen Gowar)
The title and book cover may be deceiving. While they look like the standard mermaid fare, inside is a much deeper, much more consuming story. It’s set in 18th century London and follows a merchant, Jonah, who is obsessed with finding a mermaid and falls in love with a courtesan, with unexpected consequences. Imogen was kind enough to do a Q&A with us about some of her research and writing habits, which is up on the blog.

Lake Success (Gary Shteyngart)
This is Shteyngart’s most accessible book to date. It follows Barry Cohen, a self-made millionaire, as he goes through a re-coming of age of sorts. His marriage is falling apart and his son has been diagnosed with autism. He takes a cross country bus trip in search of his college sweetheart and the ideals of his youth. Barry is an extremely honest character. All his faults and thoughts are laid out for the reader to pick apart – and let’s be honest: he’s got a lot of faults. By the end though, you will still be rooting for him to reconcile with his family. 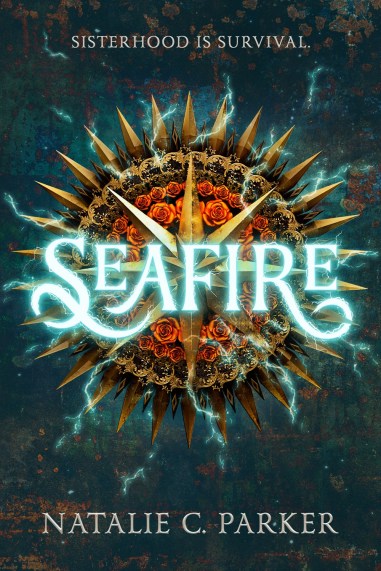 Seafire (Natalie C. Parker)
This book has received a lot of love, and with good reason! It follows the adventures of Caldonia Styx, the captain of the ship Mors Navis, and her all-female crew as they struggle to survive in a world of intolerable cruelty. The ship and her crew are the only ones standing against Aric Athair, a vicious warlord who has taken their homes and their families from them. It’s the start of a new trilogy that’s sure to get you hooked. The women characters are particularly fleshed out, and their friendship binds the story together.

Vox (Christina Dalcher)
Vox was one of the many Fall 2018 books that we could not put down! It is a harrowing and unforgettable story set in a near future where women can only speak 100 words per day. It’s about a terrifying world where the monsters are politicians and everyday people. It contains a caution for what the world could look like if free speech and women’s rights aren’t protected. Centered on Dr. Jean McClellan, the book addresses what a woman will do to protect herself and her daughter, and her efforts to reclaim her voice.

See All the Stars (Kit Frick)
This is the kind of book that will get you in all the best ways. It’s a single-sitting book, a book you love so much you read it all at once! At the beginning you discover the main character, Ellory, has done something to be suspended from school and her life has never been the same. But you don’t know what that “something” is. Bit by bit, and told alternating between past and present, what happened throughout Ellory’s junior year of high school is revealed. This book is a suspenseful, excellent read for older teens and adults. 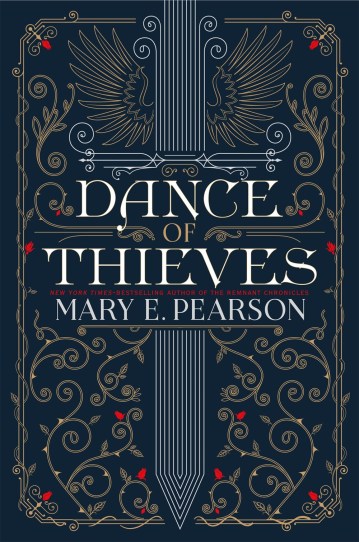 Dance of Thieves (Mary E. Pearson)
This book takes place within the Remnant Chronicles universe with all new characters. The story revolves around Kazi, a reformed thief, and Jase, the young leader of an outlaw dynasty. Kazi has been sent by her queen to investigate transgressions committed by the powerful Ballenger dynasty. She meets the clan’s young leader, who becomes both her ally and her rival in an escalating game of cat and mouse. The two characters lock wits in a battle that may cost them their lives, and their hearts.

The Incendiaries (R. O. Kwon)
This dark tale of violence, faith and loss follows the experiences of a young Korean-American woman at an elite university who is drawn into acts of domestic terrorism by a cult with ties to North Korea. It is a dark, absorbing story about the dangers of faith- how its loss, growth and your susceptibility to it can crazbe twisted into something horrible.

Rising out of Hatred (Eli Saslow)
This book is a fascinating case study of prominent white supremacist, Derek Blake, and how his college and adult encounters with diverse perspectives changed his heart and mind. I wouldn’t say that Derek Black necessarily hated anyone. He was kind, gentle, and thoughtful. He made friends with everyone he came across. He was just taught the horrific belief that all races should be kept separate and that America was perpetrating a “white genocide.” Through kindness and civil discourse, something that is lost in our day and age, and a few of Derek’s friends who refused to give up on him, Derek changed his mind about white nationalism. This is such a warming, positive read that hopefully can be used to help further our society toward unification.

How to Walk Away (Katherine Center)
How to Walk Away is hopeful, funny and inspiring, which is not what one would expect from a book about a girl, Margaret, who is injured after a plane crash. The book is mainly centered on her recovery, which involves healing of both her body and her family. Margaret is resilient, but also realistic about her future. It is an extremely refreshing book that turns toward optimism, which is quite an achievement given the content. Katherine Center was also kind enough to write a blog post for us about her experience in writing about the plane crash. Check it out here.

The Perfect Mother (Aimee Molloy)
“Scandal” meets Gone Girl in this debut novel by Aimee Molloy. The lives of a group of friends are upended when one of their children is kidnapped. The child disappears while the moms are out partying together and, as the police hunt for the baby, the reader sees the lives of each of the mothers in the group put on full display. Marriages and friendships are put to the test as secrets are revealed. This is a really great read for lovers of psychological thrillers. We were also thrilled that Aimee Molloy told us about the inspiration behind the book on our Half Price Book blog. 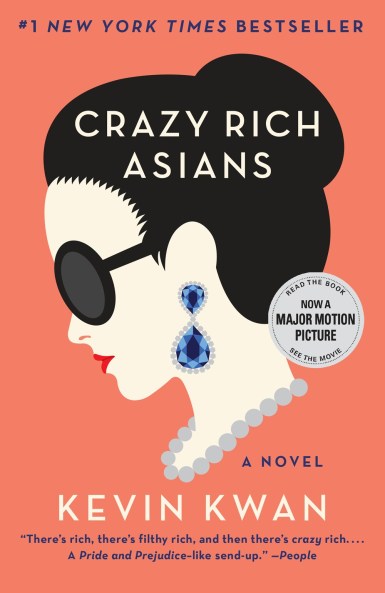 Crazy Rich Asians (Kevin Kwan)
The first edition of this book was released in 2014, but the re-release with the movie tie-in cover is beautiful! The movie was released on August 15 and was a hugely popular romantic comedy that follows a New Yorker to Singapore to meet her boyfriend’s family. Chinese-American Rachel Chu is unexpectedly introduced to a rich and scheming clan that strongly opposes her relationship with the heir. Read to discover whether money and family or true love win out!

To All the Boys I’ve Loved Before (Jenny Han)
First published in 2014 and ow a Netflix movie, To All the Boys I’ve Loved Before, describes the period of Lara Jean Song’s life when she discovers that the private love letters she wrote to five secret crushes were unexpectedly mailed out to them. Her personal life goes from imaginary and full of what-ifs to raging out of control, as she lies to a current crush and develops new ones. It’s such a sweet, hectic story that portrays the end-of-the-world feeling that any drama has when in high school.

Educated (Tara Westover)
This book traces Tara Westover’s experiences as a child born to survivalists deep in the mountains of Idaho. It details her participation in her family’s paranoid stockpiling activities and her resolve to educate herself well enough to earn acceptance into a prestigious university and the unfamiliar world beyond. Her first time stepping foot in a classroom was at the age of seventeen. Westover’s quest for knowledge transformed her, taking her over oceans and across continents. Though she is constantly called back to her family, she begins to develop the strength to break away from her past.