“We are cups, constantly and quietly being filled. The trick is, knowing how to tip ourselves over and let the beautiful stuff out.” – Ray Bradbury

The American author and Sci-Fi legend Ray Bradbury would have been 98 on August 22 of this year, and his absence is keenly felt. His career spanned seven decades and included subjects ranging from Martians to time-travelers to robots to dystopian futures. Bradbury’s contributions to literature have been far-reaching. Most notably, Bradbury’s mark on literature wasn’t the superficial glib of the pulp science fiction era but rather the focal point that helped transition science fiction from a trashy sidelined genre to the full-blown modern titan that it is today.  (WARNING: SPOILERS AHEAD!)

I first read Ray Bradbury’s work in school, as most younger folk have these days. I began, as most begin, with Fahrenheit 451. The internationally acclaimed novel is a true masterpiece, and it sparked my love for the genre in my early teens. The dystopic novel addresses a world threatened by censorship and detachment, where the obsession with technology and political correctness has become so absolute that books are banned. And what’s worse… no one seems to care. And thus the genius of Bradbury is revealed. Whereas previous science fiction novels (of the Pulp era) dealt with battling robots or extra-terrestrial life, Bradbury focuses on human foibles set in a futuristic world. His works prove, time and again, that human error will remain despite technological advances. 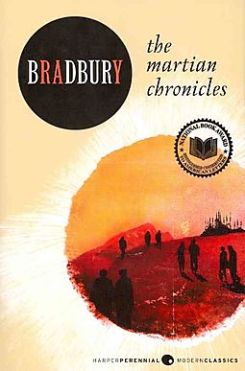 Similarly, The Martian Chronicles is a melancholy series of overlapping stories about the colonization of Mars.  Humans are fleeing a troubled and devastated Earth, but like Bradbury’s other works, it’s about so much more than that. The Martian Chronicles are more than a superficial story of humans leaving Earth to colonize Mars, which perhaps would have been appropriate during the pulp era of Science Fiction. Instead, the series addresses issues with exploration, ambition, ownership and human desire. Many view it as an allegory of the colonization of the Americas. There is something simplistic in his approach, something wildly entertaining about his writing, that doesn’t alert you to the emotional impact until it’s far too late.

Of course, you cannot talk about the impact of Ray Bradbury without discussing his short stories. One of his best known short stories, “A Sound of Thunder,” is about a time-traveler who journeys back to the dinosaur era and accidentally alters the course of world history. Of course, some credit Bradbury with the development of the chaos theory concept of “the butterfly effect,” which suggests that one small change can lead to enormous changes later on. He also uncannily foresaw inventions like flat-screen TVs, Walkman-like devices and virtual reality. Once again, he weaves human impact into a world of science and fiction, transforming the genre. 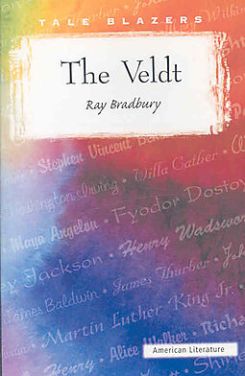 Another of his best known short stories, “The Veldt,” is a horrifying tale about technology run amok: it depicts a family’s automated house and an appalling crime that is committed within. The main setting of the story is in a nursery that is able to project a virtual reality of African grassland, complete with hungry lions. The underlying problem of the story is that the automated house seems to be taking over more and more of the parental role for the children, which the parents of the story struggle against. The children become less and less cooperative over the course of the story, and particularly reluctant to leave the technological terror that has been raising them. Perhaps this hits even closer to home than it used to.

My personal favorite short story of Bradbury’s is “There Will Come Soft Rains.” The melancholy and heartbreak of autonomous robots working to create a beautiful life for a family that no longer exists due to human menace haunts me to this day. The theme I left this short story with is that Earth will go on living long past human existence. The other beings of the world would, for the most part, be unaffected by human extinction. And it is implied that the human extinction is caused by none other than humans ourselves through nuclear war.

Perhaps the lasting legacy of Ray Bradbury (and what makes him one of my favorite authors) is that he didn’t see the dangers in his stories as that of technology (like autonomous robots) or in extraterrestrial life. He didn’t see problems with time-traveling necessarily. What he saw as the greatest danger to mankind was humanity’s own waning ability to believe in itself, or to strive for betterment in oneself. Ray Bradbury has many, many other books and short stories (like The Illustrated Man and Dandelion Wine and Farewell Summer) not mentioned in this post, so be sure to swing by your local Half Price Books or check out HPB.com!