Labor Day is the day we celebrate and honor the contributions of the American Labor Movement but for many of us, Labor Day weekend signals the end of summer. We often celebrate Labor Day by grilling, swimming and relaxing with friends and family. Did you know, however,  that this holiday weekend has only been an official U.S. holiday since 1894? So while you enjoy your day off, check out these books about why this glorious Monday is a national holiday!

The Jungle by Upton Sinclair
Part of the labor movement’s biggest improvements came from the response to the writings of investigative journalists. Upton Sinclair wrote The Jungle to expose the harsh working conditions for American factory workers, particularly women and children. The book did more than just that, however. It also revealed the horrific condition of American slaughterhouses. Meat production facilities had severe issues that could easily lead to contamination. The public’s outrage led to the passage of the Meat Inspection Act 1907 and the Pure Food and Drug Act of 1906. While Sinclair unintentionally helped current Americans feel assured of the safe conditions of their foods, he was disappointed by the public’s response to his book. He had originally wanted to highlight the poor conditions of the workers, not the poor conditions of the food in the factories.

Death in the Haymarket: A Story of Chicago, the First Labor Movement and the Bombing that Divided Gilded Age America by James Green
This book is a fascinating read! It is a study of the 1886 Haymarket bombing at a Chicago labor rally that killed several police officers. Occurring in the midst of the largest national strike Americans had ever seen, the bombing created mass hysteria and led to a sensational trial, which culminated in four controversial executions. The trial seized headlines across the country, created the nation’s first Red Scare and dealt a blow to the labor movement from which it would take decades to recover. In this book, James Green recounts the rise of the first great labor movement in the wake of the Civil War and brings to life the epic twenty-year battle for the eight-hour workday. He shows how the movement overcame numerous setbacks to orchestrate a series of strikes that swept the country in 1886, positioning the unions for a hard-won victory on the eve of the Haymarket tragedy. Blending a gripping narrative, outsized characters and a panoramic portrait of a major social movement, Death in the Haymarket is an important addition to the history of American capitalism and a moving story about the class tensions at the heart of Gilded Age America. 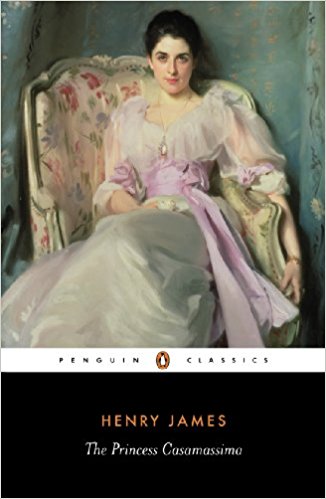 The Princess Casamassima by Henry James
One of the greatest novelists in the English language, Henry James often dealt with the social and marital interplay between émigré Americans, English people and continental Europeans. Possibly one of the most political works he ever wrote is The Princess Casamassima. In this novel, James highlights how bad working conditions can push people towards extreme measures. The story is centered on the illegitimate and impoverished son of a dressmaker and a nobleman, Hyacinth Robinson. Hyacinth grows up with a strong sense of beauty that heightens his acute sympathy for the inequalities that surround him. Drawn into a secret circle of radical politics, he makes a rash vow to commit a violent act of terrorism. But then he meets the beautiful and clever Princess Casamassima. She introduces him to her own world of wealth and refinement. Suddenly, Hyacinth is torn. He is horrified by the destruction that would be wreaked by revolution but still believes he must honor his vow and finds himself gripped in an agonizing and, ultimately, fatal dilemma. A compelling blend of psychological observation, wit and compassion, this book is a perfect example of the stirring emotions of the American Labor Movement. 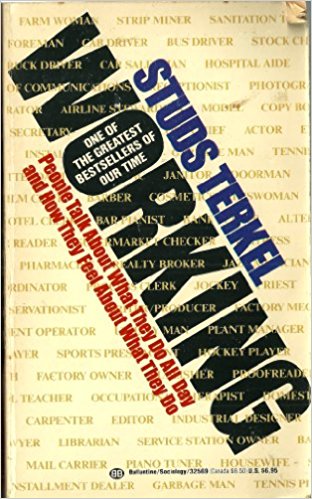 Working by Studs Terkel
This 1974 work of nonfiction by noted oral historian and radio broadcaster Studs Terkel takes a massive look at what people take away from their jobs — the highs and lows of everyday work. This book is an American masterpiece that investigates the meaning of work for different people under different circumstances, showing it can vary in importance. The book also reflects Terkel’s general idea that work can be difficult but still provides meaning for workers. It is an exploration of what makes work meaningful for people in all walks of life, from Lovin’ Al the parking valet to Dolores the waitress or the fireman to the business executive. The narrative moves through mundane details, emotional truths and existential questioning. On a day you don’t have to work, it’s nice to reflect on what is meaningful in your career.

Nickel and Dimed: On (Not )Getting By in America by Barbara Ehrenreich
Investigative journalism wasn’t abandoned at the end of the Gilded Age. This book is written from the perspective of an undercover journalist who sets out to investigate the effect of the 1996 Welfare Reform Act on the American working poor. The book has been praised for its insight on the many difficulties low-wage workers face in both work and life. The author was also derided for playing poor while not actually living the life of someone in poverty due to the many safety nets, like access to a car, an emergency fund and adequate healthcare that were available to her while she was undercover as a low-income worker. This book highlights the many problems facing American workers in the modern era, including the hidden costs involved in necessities such as shelter and food.

Revolt on Goose Island: The Chicago Factory Takeover, and What it Says About the Economic Crisis by Kari Lydersen
The most modern example of the American Labor Movement on this list is Revolt on Goose Island. Days after getting a $45 billion bailout from the U.S. government, Bank of America shut down a line of credit that kept Chicago’s Republic Windows & Doors factory operating. The bosses, who knew what was coming, had been sneaking machinery out in the middle of the night. They closed the factory and sent the workers home. Then something surprising happened: Republic’s workers occupied the factory and refused to leave. Kari Lydersen, an award-winning Washington Post reporter, tells the story of the 2008 factory takeover, elegantly transforming the workers’ story into a parable of labor activism for the 21st century, one that concludes with a surprising and little-reported victory.

We hope you enjoy learning all about the American Labor Movement and the many benefits we have today because of their struggle. Enjoy your holiday weekend, and let us know what you’re reading below!

Katy is the Promotions Coordinator at Half Price Books Corporate.