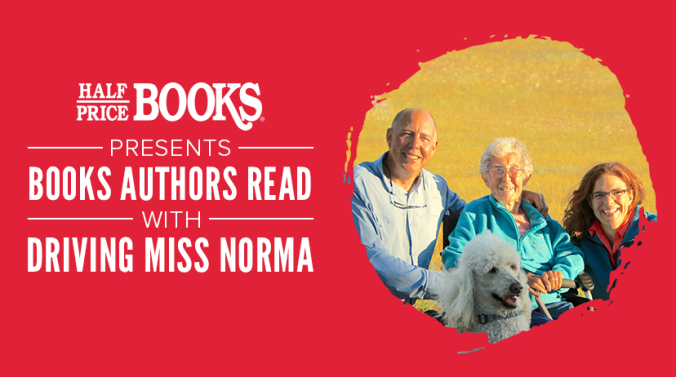 Editor’s Note: We are pleased to welcome Tim Bauerschmidt and Ramie Liddle to two of our locations in just a few weeks! They’ll stop by our Northwest Highway location in Dallas on Monday, May 8 at 7p.m. CST to discuss their new book, Driving Miss Norma. 90-year-old Norma Bauerschmidt was diagnosed with endometrial cancer in 2015. Instead of having a difficult procedure and following through with chemotherapy, she decided to hit the road with her son and daughter-in-law. Her adventures were chronicled by the pair through pictures and blog posts, and she became a Facebook phenomenon. Although she passed away in 2016, she taught us all that saying “Yes” to life is the best way to live. We hope to see you at the Dallas event! If you can’t make it to the Dallas location, Tim and Ramie will also stop by our Marietta location in the Atlanta, Georgia area on May 16 at 7 p.m. EST. In the meantime, we asked them to share some of their favorite books with us in our Books Authors Read blog series – enjoy!

Memoirs and books involving the end-of-life seem to be the recent themes of our collective reading. 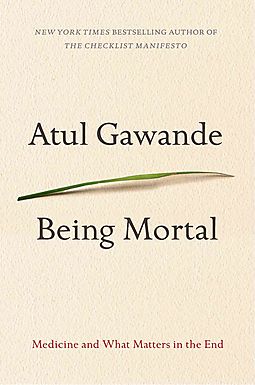 Being Mortal: Medicine and What Matters in the End by Atul Gawande
This is the book that inspired us to take “Miss Norma” on the road with us instead of leaving her behind in a nursing home. In it, Dr. Gawande addresses the realities everyone must face as they near the end of their lives. As a result, our eyes were wide open and clear when the time came to help make transformative decisions for Norma.

Dr. Gawande points out that most decisions concerning our elderly population’s living situations are aimed at ensuring their safety, at the expense of dignity and autonomy. He says this is especially true when adult children are making these decisions for them, and certainly all nursing homes are geared toward that approach.

He further argues that it is not just the “quantity of life” but the “quality of life” that must be considered at end times. Modern medicine is too concerned about prolonging life at the expense of the patient’s total well-being. Not only did his words give us the gumption to take Norma places that we would have otherwise not thought of, but he also demonstrates the beauty of hospice care in the home, giving us the confidence to have Norma with us in the motor home until the very end.

“Our ultimate goal, after all, is not a good death but a good life to the very end.”  — Atul Gawande 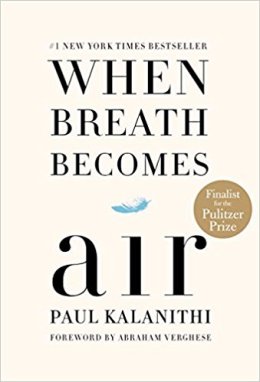 When Breath Becomes Air by Paul Kalanithi
Given our interests lately, this particular book, published posthumously, was an obvious must-read for us.

The author was 36 years old and at the verge of completing his training as a neurosurgeon when he was diagnosed with stage IV lung cancer. He immediately transforms from a doctor treating the dying to a patient struggling to live.

Although Kalanithi is considerably younger than Norma when he gets his terminal diagnosis, similar themes are explored in his book. What makes life worth living in the face of death? How do you face your own mortality? How do you come to terms with a future that won’t happen?

He writes: “I began to realize that coming face to face with my own mortality, in a sense, had changed nothing and everything.” Deep down, we think we know what he means through our experience with Norma. 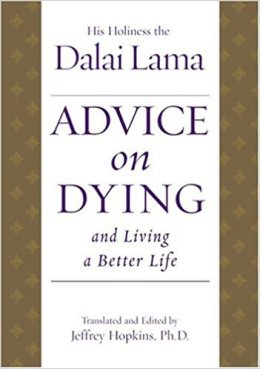 Advice on Dying: And Living a Better Life by His Holiness the Dalai Lama
Living on an off-grid beach in Mexico, you read whatever you can get your hands on. Fortunately, a fellow beach dweller shared this book with us. We were excited to read this book not only because of the “death theme” but because our literary agent told us that she thought Norma embodied many Buddhist principles. After reading it, we think she may be right.

Translated by Jeffrey Hopkins, the book uses a 17th-century poem as its rubric and draws from many traditions and beliefs to explore the stages we all go through when we die. It also shows us how to prepare for our end time, and by doing so properly, how it enriches our time here on Earth.

The stages are described so vividly that we can imagine this journey of transformation and mind travel. His Holiness shows us how to prepare for the end time in order to die without fear or upset (just like Norma did) and how to influence the stage between this life and the next so that we may gain the best possible incarnation (although Norma probably never thought about reincarnation, her spirit definitely lives on).

As the old Tibetan saying goes: “Everyone dies, but no one is dead.”

Tuesdays with Morrie by Mitch Albom
This best-selling book had been traveling along with us for some time. We finally sat down to read it since we were going to be writing a memoir, too.

The author loses track of his old professor and mentor but is given a second chance to connect when he rediscovers Morrie in the last months of life. Knowing he was dying, Morrie visited with Albom every Tuesday, just like they used to in college. Their relationship turns into one final “class” on how to live life.

We did not have to wait until Tuesday arrived for our lessons. Norma was with us 24/7 from the time that her husband died. Like the author, we found ourselves questioning our own lives and how we were living them. 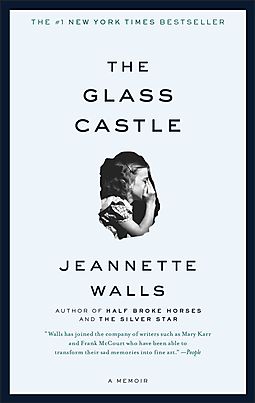 The Glass Castle by Jeanette Walls
In this memoir, the author recounts her poverty-stricken and unconventional upbringing with her brothers and sisters at the hands of her very dysfunctional parents. In the beginning of the book, her family lives a nomadic life, moving around the American Southwest and campings in the mountains.When the appeal of being on the road fades (thankfully, it has not for us yet), the family settles in a West Virginia coal-mining town, where everything begins to unravel. Her father’s drinking and her mother’s mental problemscause the dysfunction to escalate, and the author and her siblings have to support each other and take care of themselves.

Ms. Walls had the tenacity and resolve to remove herself from this bad situation, and she eventually creates a life on her own terms. Norma does a similar thing at the end of her own long life, successfully living on her own terms, too. 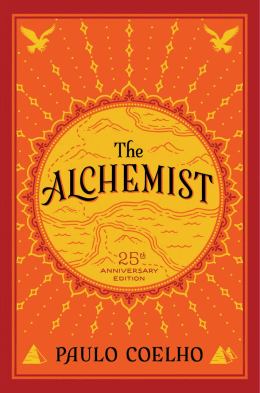 The Alchemist by Paulo Coelho
We had both read this book many years ago and it has become a favorite so much so that it earned a sliver of coveted book space in our motorhome. When Norma ran out of things to read, typically mysteries, and when Paulo Coelho commented on her Facebook page, we decided it was time to slide The Alchemist in front of her. She said she would give it a try, and before we knew it she had finished the little book.

The next day, we noticed Norma reading the same book again. Puzzled, we asked if she wanted to go to the campground book exchange and find something new to read. She simply said, “No, I still have some things to learn from this man.” She reread the book the next day in one sitting. We both reread it later ourselves and recognized that many of the lessons taught in The Alchemist apply to us every day.

“That’s what alchemists do. They show that, when we strive to become better than we are, everything around us becomes better, too.”