“A funny thing happened on the way to the digital utopia. We’ve begun to fall back in love with the very analog goods and ideas the tech gurus insisted that we no longer needed. Businesses that once looked outdated, from film photography to brick-and-mortar retail, are now springing with new life. Notebooks, records and stationery have become cool again. Behold the Revenge of Analog. David Sax has uncovered story after story of entrepreneurs, small business owners and even big corporations who’ve found a market selling not apps or virtual solutions but real, tangible things. As e-books are supposedly remaking reading, independent bookstores have sprouted up across the country. As music allegedly migrates to the cloud, vinyl record sales have grown more than ten times over the past decade. Even the offices of tech giants like Google and Facebook increasingly rely on pen and paper to drive their brightest ideas.” 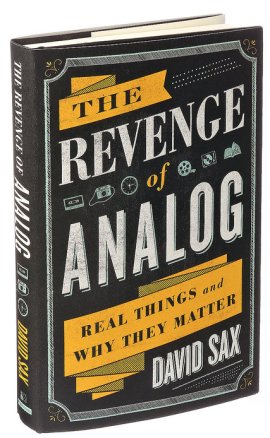 David Sax, business and culture writer and author of The Revenge of Analog: Real Things and Why They Matter, just released his book November 2016. And in a fitting nod to the whole notion behind the book, nearly all the 20,000 first-run printed copies have sold out in the first month and it’s difficult to find the few that remain on bookstore shelves. Pop in your local HPB and grab a copy before they all disappear!

When I heard David speak on KERA’s Think with Krys Boyd, there was no mistaking his passion for the printed word. And I knew right away I needed to reach out to him firsthand. David is a champion of analog and an advocate for local bookstores. His love for tangible things is palpable. Things like 35mm film, old-fashioned bookbindery, vinyl records and brick-and-mortar shopping. I had the pleasure of getting to know David and learn more about the inspiration behind his latest book.

Q: What drew you to write about this topic?

A: Two things that sort of happened at the same time, a decade back.  1. Everyone I knew started getting smartphones (Blackberries…remember those?), and suddenly people’s behavior changed overnight.  2. I got back into records again, and those two things sparked a conversation about the nature of analog v. digital that eventually led to the book as the market caught up with it, too.

Q: How would you describe the benefits and sensory experience of reading books on paper?

A: An ebook is purely information.  It is the text, and that’s it.  Which is great.  I don’t think it diminishes from the work of the writer.  But a book is so much more:  it’s the experience of buying it in a real place, the look and feel of it, and the sensory cues that go along as you read:  the weight in your hand, the feel of the page on your finger, the way you can mark it up or beat it up and personalize it.  A book is a real thing, worth paying for, that endures in your home and life as long as it’s there.  An ebook is just words.

Q: Half Price Books was born out of to the desire to preserve and share things written and recorded. How do you think this type of preservation and sharing changes in a digital landscape?

A: I think the biggest difference is that it’s invisible.  It is just files, in a drive or one you rent in the cloud, but ultimately just files in a folder that you have to seek out.  With analog goods, you actually see them with your eyes: in the store, in your home, by your bedside, on your shelves.  You can pick them up, discover them again, give them, loan them, let others examine them, decorate with them.  Digital files tend to be filed away and forgotten instantly.

Q: How do you think our perceived value is altered with digital or virtual things compared to their real, physical counterparts?

A: The benefit of digital is its almost negative cost.  To replicate something on a computer is three clicks.  That’s great, but it also makes stuff essentially worthless.  You can download every single song in the world, and because of that, you just don’t care as much as something you have to seek out, pay money for, pay to a store, and make sacrifices for.  There’s greater value in that, even if the information inherent is essentially the same.

Q: What’s your perspective on the motivations for collectors to acquire tangible things?

A: We are hunters and gatherers.  That still brings us great joy, even if it’s no longer a necessity.  What’s funny is that the resurgence of analog only began growing once we no longer needed these things.  Vinyl began its revival right after Spotify began.  It’s not about a need.  It’s about a want.

Q: What surprised you the most while researching for and writing this book?

A: Just how much people who work in digital technology revere and respect analog, both in their personal lives, and also in their profession. 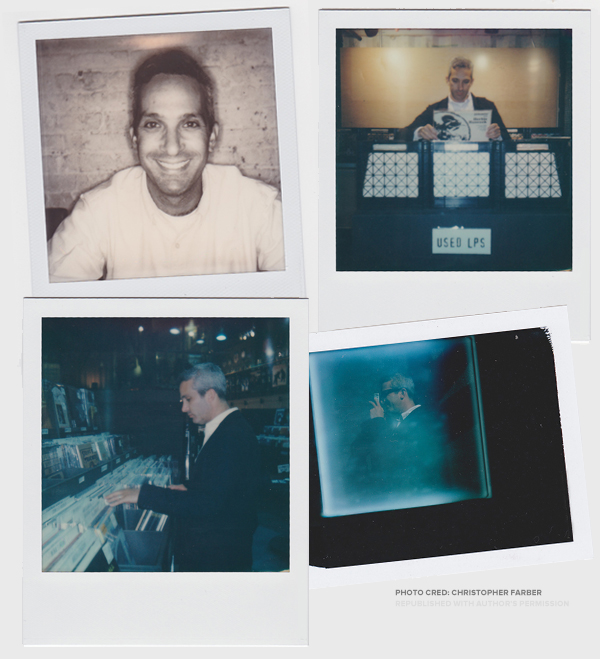 Q: At Half Price Books, we heartily believe in the serendipity of discovering books, music and movies that you didn’t even know you wanted. What’s your favorite story of serendipity in a bookstore (or record store, if you prefer)?

A: I was at Book Culture, in NYC, shortly before they opened their new store, when a woman in the children’s department who was just browsing, but had previously worked in publishing, began talking with me and turned me on to the fabulous book  Knuffle Bunny by Mo Willems.  It was such a random human moment and led to one of the best books my kid and I read for an entire year.

Q: Are you noodling around with a new topic for your next book?

A: Noodling, but really just starting the water to boil.

Q: We’re always curious to ask authors what books they can’t get enough of… So what are your favorite types of books?

A: Honestly, since having kids, I’ve really come to love kids books and cannot get enough of them. Also, any Jewish contemporary fiction: Roth, Richler, Dara Horn, Chabon… I’m so typecast.

Check out “Books Authors Read with David Sax,” where he spreads a little book karma around for fellow authors and recommends five books he enjoyed reading.

One thought on “Exclusive Interview with David Sax, author of The Revenge of Analog”