The literary work most associated with Christmas is Dickens’ A Christmas Carol, but, really, all of Charles Dickens’ works somehow seem to fit the holiday season, so we would like to take this opportunity to feature a very special array of British editions of Dickens’ novels, mostly first editions illustrated by Phiz, and a couple of other very special holiday collectible editions. 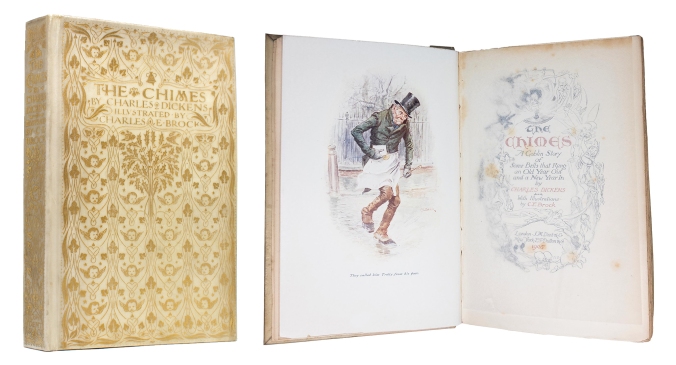 The Chimes
This 1905 J.M. Dent deluxe edition of the second of Dickens’ famous Christmas books is bound in vellum, with lovely decorative gilt to the spine and front board, showing holly, ivy and cherubs in an Art Nouveau style. Illustrated by Charles E. Brock. $225 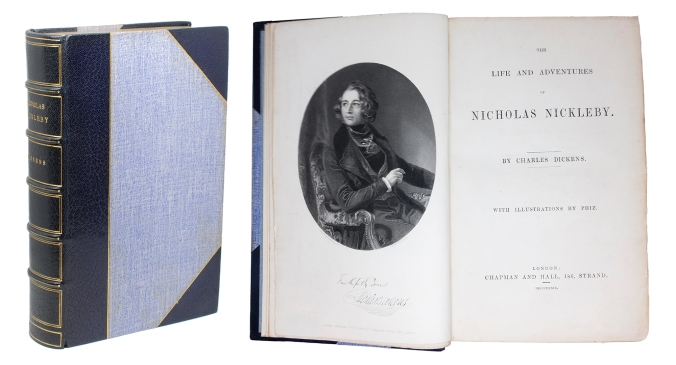 The Life and Adventures of Nicholas Nickleby
First Edition, mixed issue. Chapman and Hall, 1839. Twentieth-century half morocco binding by Zaehnsdorf of London. $1,200 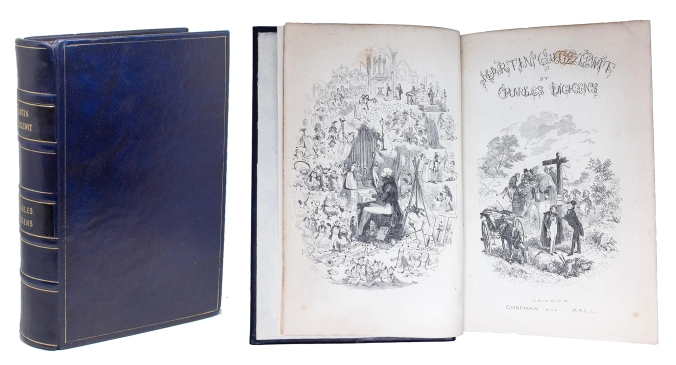 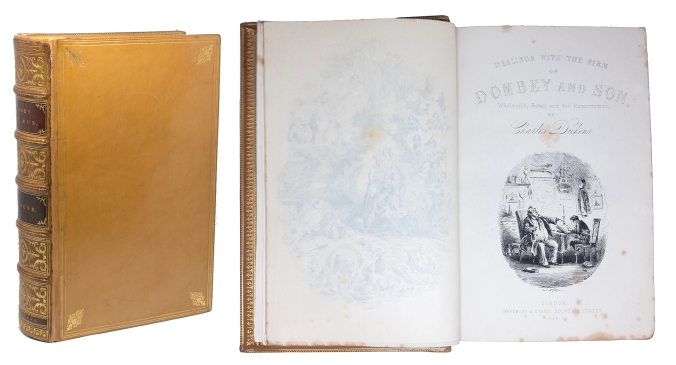 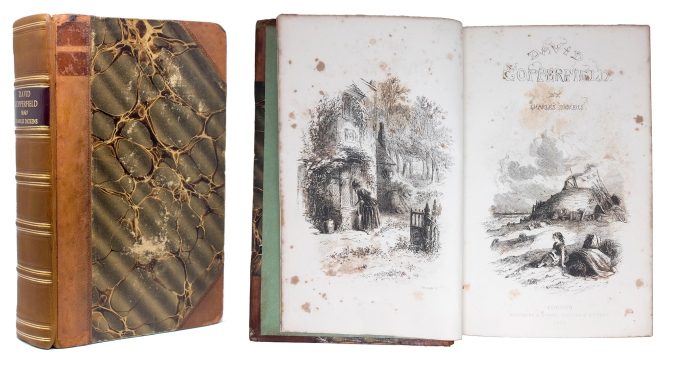 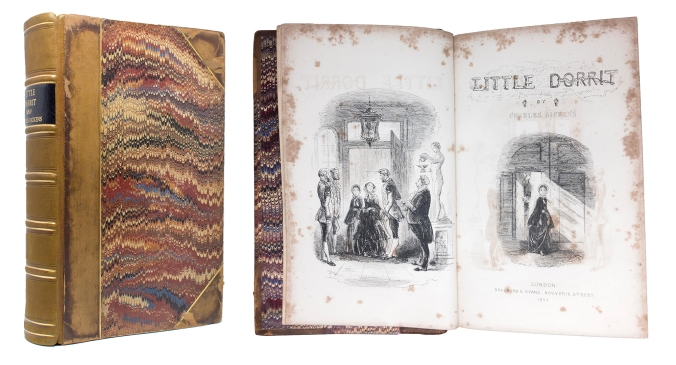 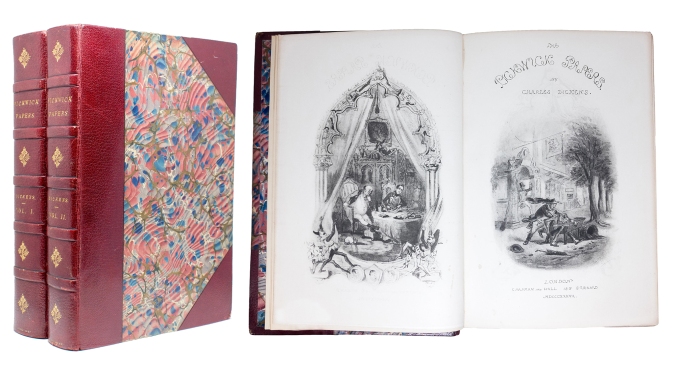 The Posthumous Papers of the Pickwick Club
Chapman & Hall, 1887, in two volumes; one of 500 copies printed featuring 52 plates on India paper. $650 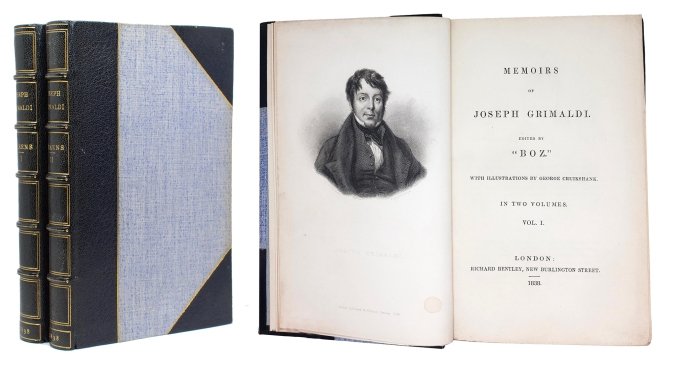 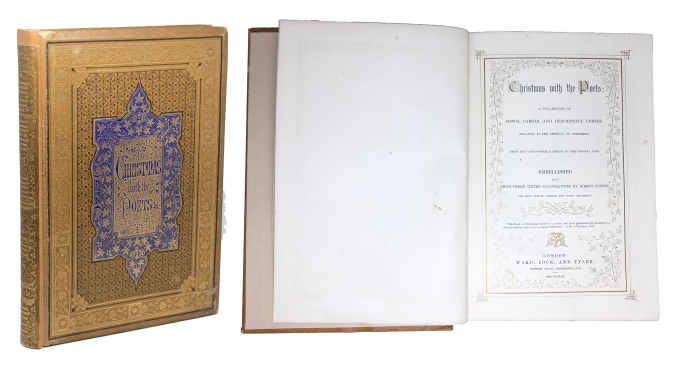 Christmas with the Poets: a Collection of Songs, Carols, and Descriptive Verses, Relating to the Festival of Christmas, from the Anglo-Norman Period to the Present Time, edited by Henry Vizetelly and illustrated by Myles Birket Foster.
Fifth edition, 1869. Lavishly illustrated collection of festive carols, songs and verses, featuring a color frontispiece and many more engraved illustrations and decorations throughout, most highlighted with gilt. $150

—
Steve is the”Buy Guy” at Half Price Books Corporate.