Already this year, we’ve taken a trip to 10 different cities and our journey around the world is far from over! 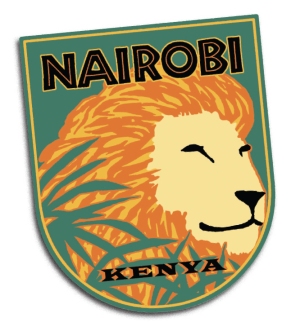 This month let’s explore all that Nairobi has to offer.

No longer just a hub for safari tourism, Kenya’s capital city boasts a vibrant cultural scene encompassing music, film, art and literature. While many of the best-known books set here were written by Europeans during times of British colonization, Kenya has a long storytelling tradition of its own. Today, important Kenyan authors are increasingly making their voices heard around the globe.

HOW TO GET THERE

Dreams From My Father, Barack Obama •

One Day I Will Write About This Place, Kenneth Binyavanga Wainaina •

Out of Africa, Isak Dinesen •

If you don’t want to miss a stop on this journey, join the Half Price Books Booklovers Survey Club and we’ll send you an email each month with a new city alongside a quick survey. Plus, you’ll receive coupons to save throughout the year when you travel to your favorite Half Price Books.