EDITOR’S NOTE: Half Price Books encourages you to travel more in 2016. Not the kind of travel that involves airplanes, passports and hotels, but the easier, more affordable kind — where you open a great book and let it take you somewhere. Throughout 2016 we’ll share about the world’s great destinations, along with our recommendations for the 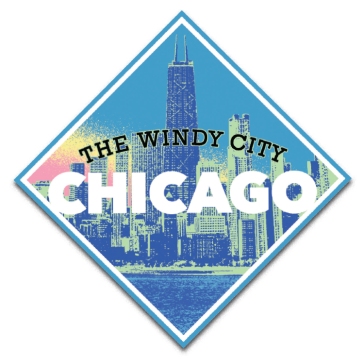 books, movies and music that will help you get there.

Already this year, we’ve taken a trip to Paris, France, San Francisco, California, with a detour to New Orleans, Louisiana then back across the pond to Rome, Italy. This month’s stop is Chicago, Illinois.

It’s best known as the Windy City, but in 1920 it was called the literary capital of the U.S. by H.L. Mencken. That was the era of the Chicago Renaissance, when local writers, buoyed by daring homegrown literary journals, were creating work that stood apart from the influence of New York and Europe. Later decades saw a wave of activity from African American writers. The City of the Big Shoulders is also famous for the blues and early jazz, and was the setting for seemingly every teen movie in the 1980s.

HOW TO GET THERE

Beyond the Mix, Frankie Knuckles •

The Man with the Golden Arm, Nelson Algren •

If you don’t want to miss a stop on this journey, join the Half Price Books Booklovers Survey Club and we’ll send you an email each month with a new city alongside a quick survey. Plus, you’ll receive coupons to save throughout the year when you travel to your favorite Half Price Books.

2 thoughts on “Books Can Take You Places: Chicago”