It all began in 1937, at a chance meeting between Walt Disney and Leopold Stokowski while having dinner. Mr. Disney was already planning a short film to be called The Sorcerer’s Apprentice. The short was going to combine animation with a live orchestra. Stokowski quickly agreed to conduct the orchestra, and three years later, with hundreds of artists at the helm, Walt Disney Pictures released what is now one of the best animated films of all time, Fantasia.

Leopold Stokowski was a huge part of the collaboration with Disney and offered many ideas that made the film what it is, including the title, Fantasia. The title was suggested because it is a musical term for a composition with its roots in the art of improvisation. Stokowski also had the idea of recording all the music in the film  stereo-phonically, which would become a cinematic first. While recording, they also separated out the soloists and mixed them back in later. This idea lead to Fanta Sound, which is the first incarnate of surround sound. Unfortunately, most cinemas could not reproduce Fanta Sound, and theaters that were able to show the film in Fanta Sound had to be equipped with 30 to 80 speakers behind the screen, around the perimeter and on the ceiling of the theatre. Fanta Sound did not last, but the very groundbreaking idea lead the cinema experience to where it is today. 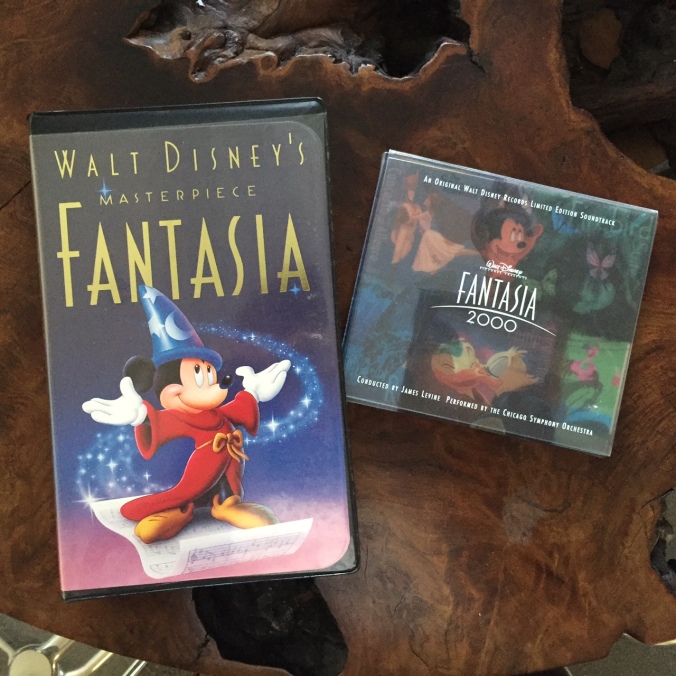 Music was just one part of Fantasia. Fantasia needed visuals, and Walt Disney gave his animators complete freedom, something unheard of at Disney Studios. Les Clark worked on the Dance of the Sugar Plum Fairies and was in charge of the Dew Drop Fairies, for which he had the idea of having them hover like hummingbirds. Disney was so pleased with the results that Clark was given the task of animating Tinkerbell in the opening of the Walt Disney’s Wonderful World of Color in the 1950s.

The Rite of Spring was another example of groundbreaking animation. Josh Miller, the supervising animator for special effects, was tasked with developing the lava in the volcano scenes. Miller mixed oatmeal, mud and coffee in a large bucket. He then placed air hoses in the bucket and photographed the bubbling with a high speed camera. Each photograph was processed into a film cell and and dyed with red and yellow backgrounds, thus producing the lava effect.

Of course, the most memorable of the Fantasia sequences is The Sorcerer’s Apprentice. Walt Disney originally considered Dopey from Snow White and the Seven Dwarfs, for the piece, but he instead opted for Mickey Mouse, who he wanted to get back in the public eye after losing popularity to Donald Duck. Around the studio, the Sorcerer was given the name Yen Sid, which is Disney spelled backwards. The animators even saw the Sorcerer as Mr. Disney, giving him Disney’s nose and cocked eyebrow at the end of the scene, something Walt was known to do when he was displeased. There was also a concern that Mickey Mouse chopping up the broomstick was too violent. Animators helped save Mickey Mouse’s character by reanimating that scene where Mickey chops the broomsticks indirectly, with the scene done in shadows.

What started off as a box office bomb is now heralded as one of the greatest animated films of all time. Even Steven Spielberg has proclaimed it as his favorite animated feature. See the music, hear the pictures, immerse yourself and re-watch Fantasia today.