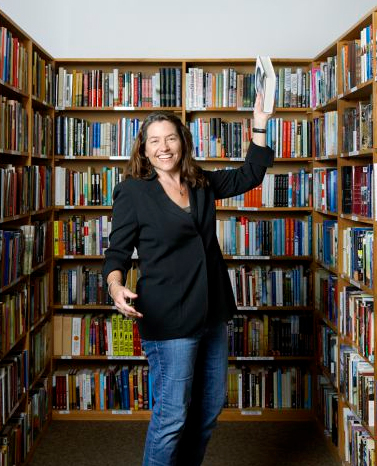 We think things are pretty great here at Half Price Books, and we love it when other people think so, too. That’s why we were so excited when our president and CEO, Sharon Anderson Wright, was featured in Fortune Magazine!

Hear first-hand from Sharon as she tells you how her family started Half Price Books, became the largest family-owned new and used book store chain, and is “Thriving in an Amazon World.”

“Don’t tell Sharon Anderson Wright that bookstores are a dying industry. The 56-year-old CEO of Half Price Books took a disorganized collection of stores co-founded by her mom—they started by selling used paperbacks and hardcovers out of a dingy former laundromat—and transformed the operation into a chain that is defying a seemingly inexorable tide. While bookstores are shuttered around the country and industry revenue has decreased an average of 3.2% a year over the past five years, Half Price Books is growing. It opens about five stores a year, with revenues rising from $50 million in 1995 to $240 million in 2013.”