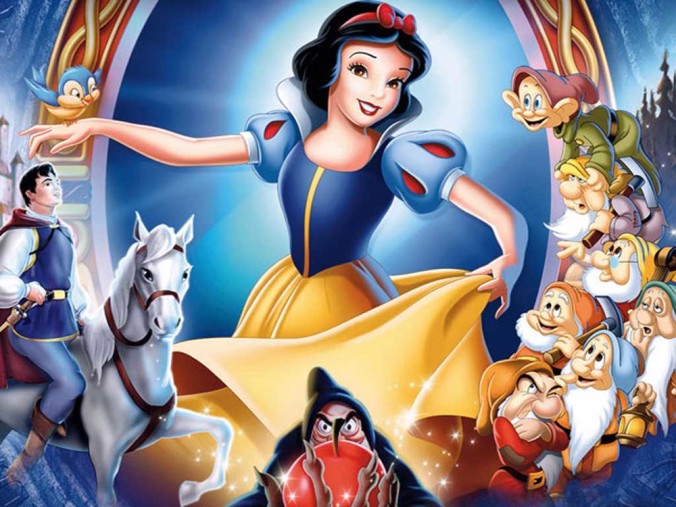 December 21, 1937 – Walt Disney released his first full length animated film – Snow White and the Seven Dwarfs.  It’s gone on to be among the top ten grossing films, but it took a mammoth effort – 570 artists just for starters – and a mammoth risk.  Would adults sit still for an animated feature?

Based on Grimm’s Fairy Tales, Snow White and the Seven Dwarfs is a classic tale of good and evil, so there’s plenty of suspense to draw viewers of all ages in.  But it’s a cartoon, too.  And the adults embraced it along with the kids.

Back in the 1970s, Snow White was the first film I ever saw in the theater.  At least, that’s the way my mom tells it.  Ever notice many of your childhood stories depend on the retelling by adults?  They tell it so often, you repeat it, and are certain it’s true.  Though I’d like to doubt the one where I climbed the kitchen cabinets to open a can of frosting and somehow dumped it out on my little brother’s head.  Surely I would’ve eaten some first.

Still, Walt Disney’s retelling of Snow White and the Seven Dwarfs is so clever, we want it to be true.  Good triumphs.  True love prevails.  Evil is vanquished.

Kim is Store Manager of our Half Price Books store in Cedar Rapids, Iowa.