Looking for a great mystery to read this summer with your significant other? Check out these “His & Hers” new mystery releases and other recommendations for summer. 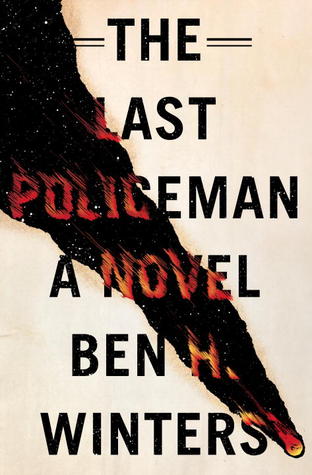 His
What’s the point of being a detective and discovering a murderer when the whole world’s going to end in just a few months anyway? That’s what most people think in this pre-apocalyptic world that author Ben Winters has created in The Last Policeman. But not Detective Hank Palace. After visiting the site of an apparent suicide, Detective Palace just knows that something is wrong. He thinks it was murder. And now he has to prove it before the asteroid pummeling toward the earth makes contact and destroys the planet. He also wants to prove that just because the world is ending, it doesn’t mean humanity should be thrown out the window. Be sure you have a chunk of time to spare when you start reading this one, because if you’re anything like me, you won’t be able to put it down.  After you’ve finished reeling from the shocking ending with a new discovery that leads way to the next book in the trilogy, you might also enjoy some of these other new dark mysteries (shown below).

Hers
Size 12 and Ready to Rock, the newest in the Heather Wells series by bestselling author Meg Cabot, is a fun, hilarious mystery to read this summer. Heather Wells is back at New York College for the summer break, but that doesn’t mean she actually gets to take it easy. What was supposed to be a nice, easy summer for Heather Wells as Assistant Resident Hall Director of Fischer Hall, somehow turns into a chaotic one. The dorm is taken over for filming the reality TV show, “Tania Trace Teen Rock Camp”. Just as the filming is about to start, there is yet another murder at Fischer Hall, the deadliest dorm on New York College’s campus. Heather is supposed to leave the detective work up to her boyfriend, Cooper Cartwright, but she just can’t resist a good investigation. If you’re a fan of Meg Cabot, be sure to pick up a copy! And after you’re done, be sure to grab one of the other books (shown below) in this fun, girly mystery series.

So, ladies and gents: What are you reading this summer? — Kristen B.