I chose another five tales from our buy areas, out of the many weird and wonderful transactions we’ve made at our stores since 1972.  Here’s the second installment of forty memorable buys we’ve made over the years.

A few years ago, I was contacted by author Carlton Winford, who had an interesting offer:

He added a little more info about Femme Mimics. The book is an illustrated study of cross dressing, and originally sold in book stores for $5.00.  After three printings, in 1962, Winford sold the book to a New York publisher.  Around 1975, he saw a second printing copy for sale in a Galveston antique store for $90, and other copies since then have sold for as much as $1,000, depending on condition.  Winford quotes filmmaker John Waters: “I think this book at $850 is such a rare book, it’s worth every penny.” 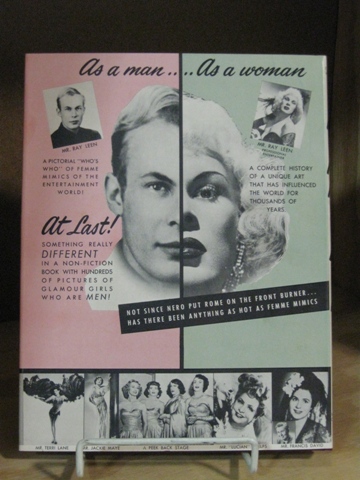 The author continues the tale of Femme Mimics:
“In 1956 the widow of a Hollywood, Florida, bookseller, upon death of her husband, asked me to buy back five remaining copies of Femme Mimics from the store’s inventory.  I did.  The five were still packed in one five-book carton, unopened from the original order of three cartons (15).  I left them in the carton and stored them in my stock room.  They were forgotten until I recently discovered the carton while seeking remaining inventory of another book.  The five books are mint condition, unread.  I gave two of them to my grandson and granddaughter.  I have three copies left, which I will sell.”

Winford showed up later that week at our Dallas Flagship store, but with only one copy.  “I’ll bring in the other two, but I’m in no hurry,” he said.  Store Assistant Manager Daniel Baugh had the idea to get Mr. Winford to sign the book, thereby making it a unique item: a signed, mint copy of a rare and unusual “classic in its field.”

A buyer at our store in Paradise Valley, Arizona, made a nice discovery there.  It involves a little something extra found in a pretty common book, a beat-up copy of The Films of Bette Davis by Gene Ringgold.

The buyer, fortunately, decided to look through the book.  It appeared that this was Mae Clarke’s copy of the book, since author Ringgold’s inscription was to her. 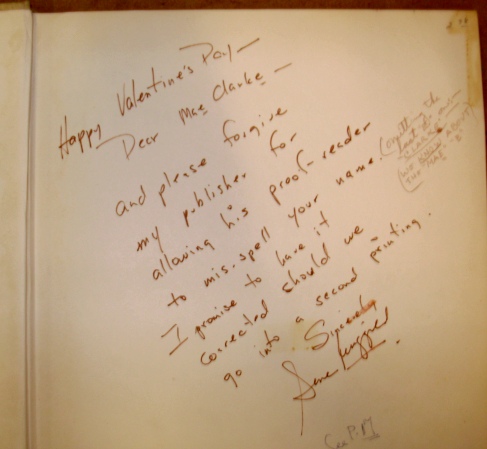 OK, an inscription and nice note from the author to Ms. Clarke, who appeared in The Front Page, Frankenstein, and, as the recipient of a grapefruit to the face, courtesy James Cagney, in The Public Enemy.  That’s pretty neat.

But then the buyer found the real treasure, clipped to page 17: a letter to Mae Clarke from Bette Davis, written on her personal stationery!  So, it’s a triple-association copy, with an author inscription to a minor actress and a letter to that actress from one of the greatest Hollywood stars.

Quite a special one-of-a-kind item!

Sometimes the stuff inside the books is more interesting than the books themselves.  Among other things—receipts, tickets, summonses—we often get letters used as bookmarks.  There was one forlorn fellow who brought in several plastic trash buckets of books, many holding letters he had evidently received from a former girlfriend.  Donations Manager Scott Ward, a buyer at the time, says, “We told him we didn’t want his personal papers, so he took them to the parking lot and set them on fire, just a few feet away from a line of employees’ cars!  The boss told the guy we were knocking $20 off his offer to recharge the fire extinguishers we had to use to put out his fire.”

On top of that, the guy’s truck got high-centered on a curb as he was trying to leave and a tow truck was required to extricate the vehicle.

The first book published by civil rights icon Dr. Martin Luther King, Jr. was Stride Toward Freedom.  King, one of the greatest heroes of our times, laid out the basic philosophies of the civil rights movement in this important book.  When this signed first edition was brought in to the University District store in Seattle, the buyers were awestruck.  The seller was a nice lady who had received the book as a gift a long time ago, and the store staff was able to authenticate the signature. What a wonderful opportunity for the employees of that store to be able to look at this great man’s signature up close while handling the buy!

It began with an e-mail sent to The Buy Guy, in which a Twin Cities-area seller said he had a collection, mostly military history, of 15,000 books. Minnesota Assistant District Manager Michael Miller, who undertook the buy, along with a stalwart crew, commented, “Sellers do exaggerate sometimes how much they have to sell but rarely do they exaggerate by thousands. In this case it turned out to be a bit of an underestimation.”

Michael went to the house with store manager Jim Walker and two of his staff, Jay Henderson and Dave Harrison, who were knowledgeable buyers. After being overwhelmed by the quality as well as the quantity of books being offered, the crew calmed down enough to make their offer—the highest by far they’d ever made on a buy.  And they told the seller that they’d do a little more research to see about raising the offer.  More research indeed led to more money.

Michael adds, “We knew there were others looking at the collection, some from out of town, so we didn’t really expect to get the books. A couple of weeks passed before the seller contacted me, saying his family had been favorably impressed by Half Price Books and by my having stated we would be able to remove the books in one day.” 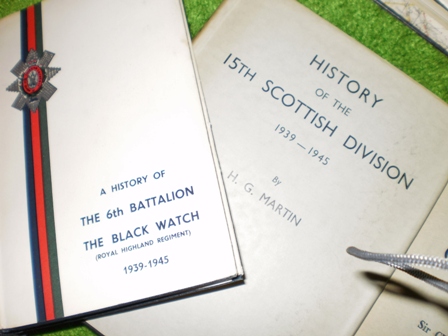 A team of eleven returned on the hottest day of the year to remove the 17,000 books in 560 boxes, on sixteen-and-a-half pallets, from the house.  “In spite of the speed, heavy labor and heat,” Michael notes, “everyone’s attitude was really first-rate, so it was a very gratifying day on several counts.”

You never know just what you’re going to come across in a Half Price Books buy area!  Watch for another batch of tales from the buy area next month!

Think you might have some noteworthy books to sell? Check out my video on How to Spot a First Edition!