Now who wouldn’t already know that Jim Swayze’s a “jazzer?” I’m always looking for it at HPB!

The Great American Songbook, recognized as the very best of American music of the 20th century, has always been the backbone and indispensable part of the repertoire of jazz musicians.  Ella Fitzgerald, John Coltrane, Charlie Parker and all the giants of jazz fraternity found their inspiration in this music, which has become known as the “jazz standards.”  A few of my favorite contemporary artists interpreting The Great American Songbook include Tierney Sutton, John Pizzarelli and Dee Dee Bridgewater. 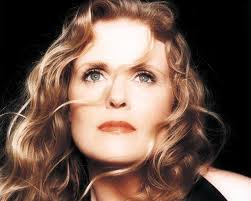 Tierney Sutton is truly a treasure.  With a voice of clarity, subtlety and  control, she turns every song into a unique work of art.  The arrangements, made  in collaboration with her band (Christian Jacob on piano, Kevin Axt on bass and Ray Brinker on drums), are complex and often thrilling.  Every recent recording has earned Miss Sutton a deserving Grammy nomination, each is well worth exploring.  Her just released CD “The American Road” would be the perfect introduction to this wonderful artist. 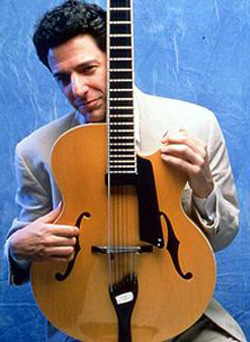 John Pizzarelli, son of jazz guitar great Bucky Pizzarelli, is not only a technically proficient fretman in his own right, but a compelling vocalist as well.  His song selection is sophisticated but is often whimsical as well.  He can be described as “hip with a wink.”  His extended version of “I like Jersey Best” is a comedic gem.  Pick up any of his CDs to get an introduction to this artist.  It is really a treat when he is working in collaboration with his equally talented wife, Jessica Molaskey.

Dee Dee Bridgewater’s name may be familiar as the host of NPR’s program “JazzSet,” where she interviews jazz artists from around the world.  This Paris-based singer is an energetic performer who gives a fresh interpretation to every jazz standard she records.  Dee Dee has won a Tony Award (as Best Featured Actress in the Broadway production “The Wiz”) and has also won three Grammy Awards.  To experience the talent of Miss Bridgewater, may I recommend her tribute album “Dear Ella,” winner of the Best Jazz Vocal Album of 1997, or my favorite, “Live at Yoshi’s.”

The Great American Songbook is alive and well in the hand of these talented three.

Give them a listen.  It will be time well spent!