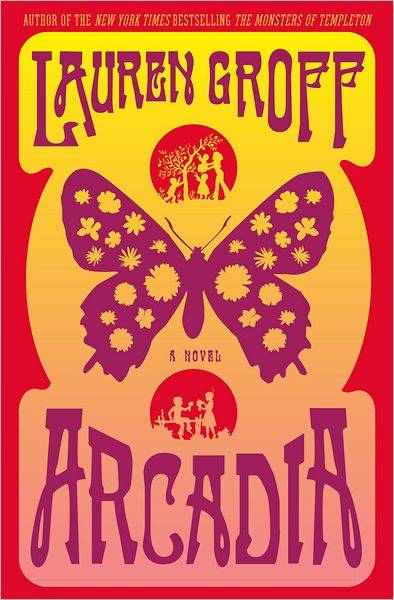 In Arcadia, we get to experience the rise and fall of a commune called Arcadia through four stages of Bit’s life  – five years old, teenage years, in his mid-thirties, and then even later on in his life. When Bit is five years old, the reader sees everything through Bit’s eyes and hears everything through Bit’s ears. It is a true vision of a five year old in a commune. He’s trying to figure out what’s going on and who people are in relation to him. This provides a very innocent view of the commune. Then, we fast forward to when Bit is a teenager. He’s very small for his age, but he’s very perceptive and sensitive. While his friends are starting to rebel and play pranks on younger children, Bit thinks about the deeper meaning of life and what he truly believes in. Bit discovers photography and women. Slowly, Bit witnesses the commune starting to fall apart. We then jump forward to when Bit is in his thirties and his wife leaves him with a child. No warning. Bit must survive in the real world. Alone, and raising a young girl. In the final part, Bit leaves his life in the real world to go back to Arcadia to take care of his mother in her old age and sickness. Coming back to the commune allows Bit emotionally heal and come full circle. Arcadia is full of snapshots of Bit’s entire life, much like the photography Bit grows to love and teach at a university.

Groff, who was praised for her writing style and technique in The Monsters of Templeton does not disappoint in Arcadia. While the topics of both books are very different, Groff stayed true to herself and her own writing style – a style that keeps you enthralled, reading late into the night. Arcadia is a very slow-moving book. It’s not packed with action, but it’s packed with beautiful language. It’s a great reminder to slow down every once in a while and truly experience what is going on around you, much like Bit did. I fell in love with Bit. He’s an honest, raw character – one that as a reader we see far less often in recent publications.

There is one particular quote towards the end that I feel captures the very essence of the book and Bit’s struggle. Bit asks his friend, Glory, why she left the real world and came back to the commune lifestyle. Her response:

“It is lonely. Five years, I was lonely. Then I realized that I was not happy, and would do anything to be taken in and loved. It seems a give-and-take, you know? Freedom or community, community or freedom. One must decide the way one wants to live. I chose community.”

Which captivating Lauren Groff short stories and novels have you read?

One thought on “Fiction Review: Arcadia by Lauren Groff”