Ok, first off, who isn’t a little bummed that the Harry Potter film series is coming to an end? I’m not going to dwell too long on the end, but would rather reflect on what a great ride it has been. Currently, I’m watching all of the films as a crash course to prepare for the last film, “Harry Potter and the Deathly Hallows, Part 2“– and I’ve noticed what great casting each film has had. There are Oscar nominees and winners throughout, from Richard Harris to Ralph Fiennes. Knowing we will all miss these characters when the series ends, I would like to recommend some of the other top films from these actors: 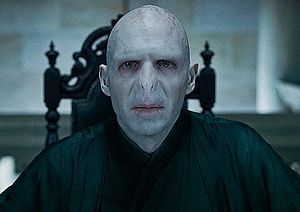 Ralph Fiennes (Lord Voldemort/You-Know-Who/He-Who-Must-Not-Be-Named): Let’s start with the bad man himself. It would be easy to just hand you his Oscar nominated roles in “Schindler’s List” and “The English Patient,” but I will look a little deeper for you. Check out the movie “Sunshine,” where Fiennes takes on not one but three roles. The film follows a Jewish family for three generations and tells a story of persecution, survival and pride. 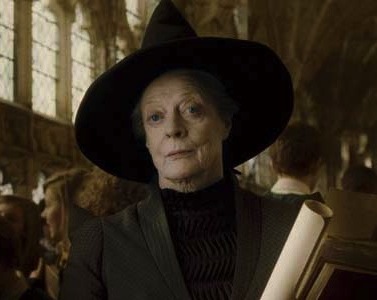 Maggie Smith (Professor McGonagall): Moving over to the good guys, Smith has six Oscar nominations and two wins to her credit. There’s a laundry list of great films from which to pull, from her winning Best Actress role in “The Prime of Miss Jean Brodie” to her Oscar nominated performance in “A Room With a View.” The film I would recommend is “Gosford Park,” which just so happens to feature Michael Gambon, who plays Albus Dumbledore. The first time I saw this film, it came across a little slowly, but multiple viewings have really brought out the subtleties and the remarkable script of this who-done-it murder mystery.

Kenneth Branagh (Professor Lockhart): Let’s not forget the early Potter film that featured this Oscar nominee. I would recommend “Rabbit Proof-Fence,” but Branagh’s role is very small. Who knew he could play a German Major so well? My suggestion is “Valkyrie.” With plenty of espionage and politics, this is so much more than a war film about the attempted assassination of Adolf Hitler.

Helena Bonham Carter (Beatrix LeStrange): With two Oscar nominations under her belt, this Tim Burton regular has many quirky roles to choose from. Coming off a Supporting Actress nomination this past year, you need to watch “The King’s Speech,” which won this year’s Oscar for Best Film. Even though this film is driven by Colin Firth’s Oscar winning performance, Carter was perfect in her supporting role.

Emma Thompson (Professor Trelawney): Most would say the movie to see is Sense and Sensibility, for which she was nominated Best Actress, but I’m going with “In the Name of the Father,” for which she received a Best Supporting Actress nomination. “In the Name of the Father” is a true story about a man and his father wrongfully imprisoned for an IRA bombing. Thompson is especially good in the courtroom scenes at the end. Worth watching for sure.

So to all you die-hard Muggles, be sure to check out some of the great performances given by the actors and actress you have grown to love in the Potter films. A special tip of the Wizard’s hat goes to Alan Rickman and Gary Oldman, who will eventually get their Oscar nominations, as they are great at what they do. And always remember: No talking or texting during the movie.

Who have I missed? What other movies would you recommend from these actors and actresses?